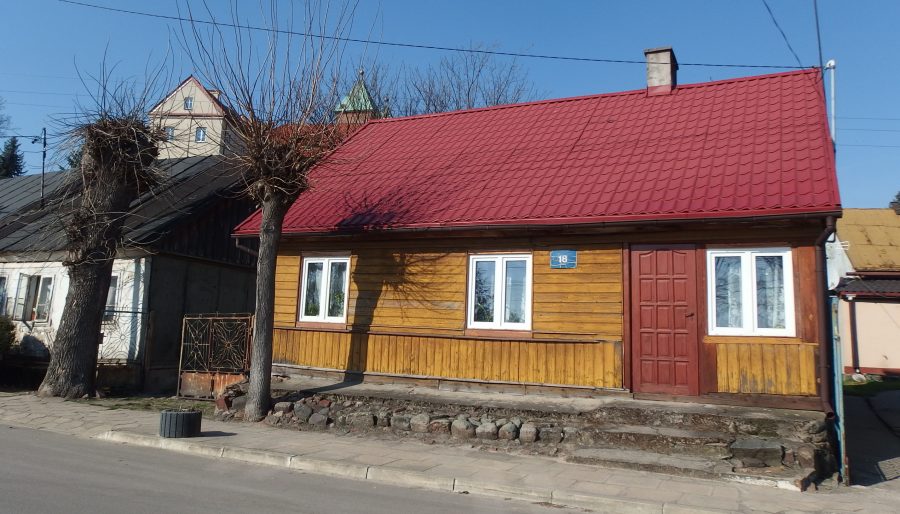 One of my first thoughts when I visited Czerwińsk nad Wisłą was that it looks like open air museum. Wooden houses from 19th century and a monastery from 12th century is what makes this village unique.

The origin of Czerwińsk nad Wisłą dates back to the 11th century and it was an important centre of trade and craft in 15-17th century. In 12th century there was built the monastery with the church which is now one of the most valuable examples of Romanesque architecture in Mazovia. It was renovated few times and it still works normally.

The church is nice however it didn’t impress me much because churches are in almost every polish village and many of them have historical value. What really impressed me was houses. Few years ago I was in open-air museum close to Łowicz (also in Mazovia Region) and when I saw buldings in Czerwińsk I thought it looks similiar but here everything is natural, not made for tourists.

Buldings were made in 19th or in early 20th century. Now some of them are damaged and abandoned but some are still inhabited. And what is the most interesting – it’s totally untouristy place. In beautiful sunny weekend I was there the only tourist. It seems like people visit only the monastery and the rest of village is forgotten and underestimated. 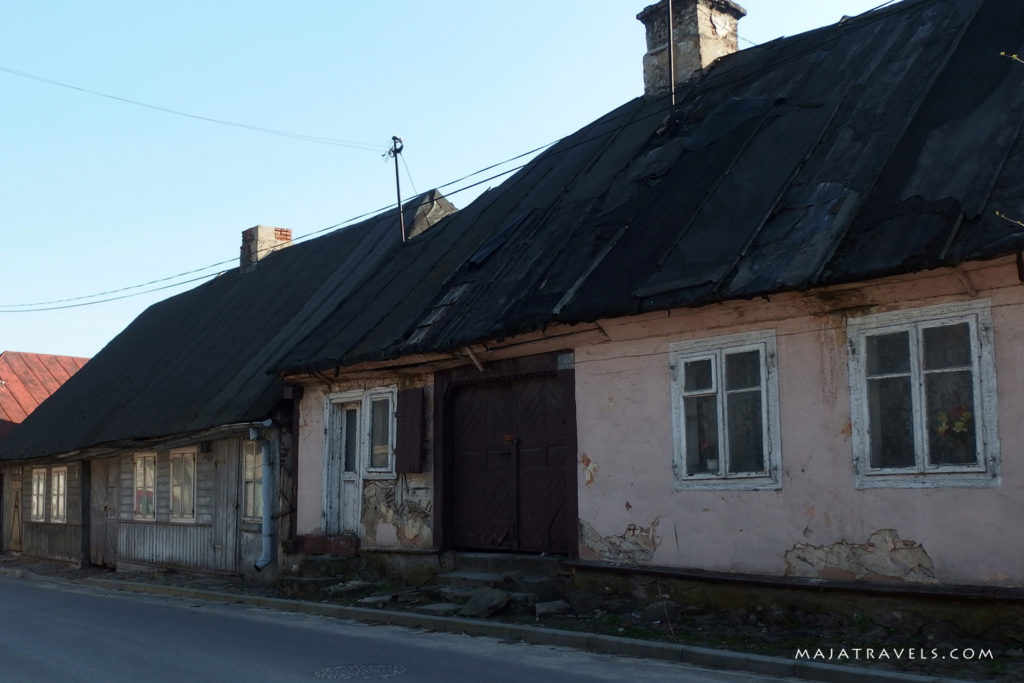 How to get to Czerwińsk nad Wisłą?

Czerwińsk is located about 70 km from Warsaw. You can get there in about 1 hour by car or by bus (you can check connections on e-podroznik.pl). However I recommend to get there by bike :) It lets you to see other villages in Mazovia Region and beautiful views of rivers.

The route starts at railway station in Sochaczew and ends at station Modlin. It’s almost 90 km trip and I did it in one day however if you prefer shorter trips you can make it in 2 days. It only partly leads on marked trails so feel free to download my gpx file from Bikemap. I hope it helps you.

From Sochaczew I was riding on west side of river Bzura until village Mistrzewice. It’s 10 km on normal asphalt road, not very busy. In Mistrzewice turn right on wooden bridge and then left, further along river Bzura. 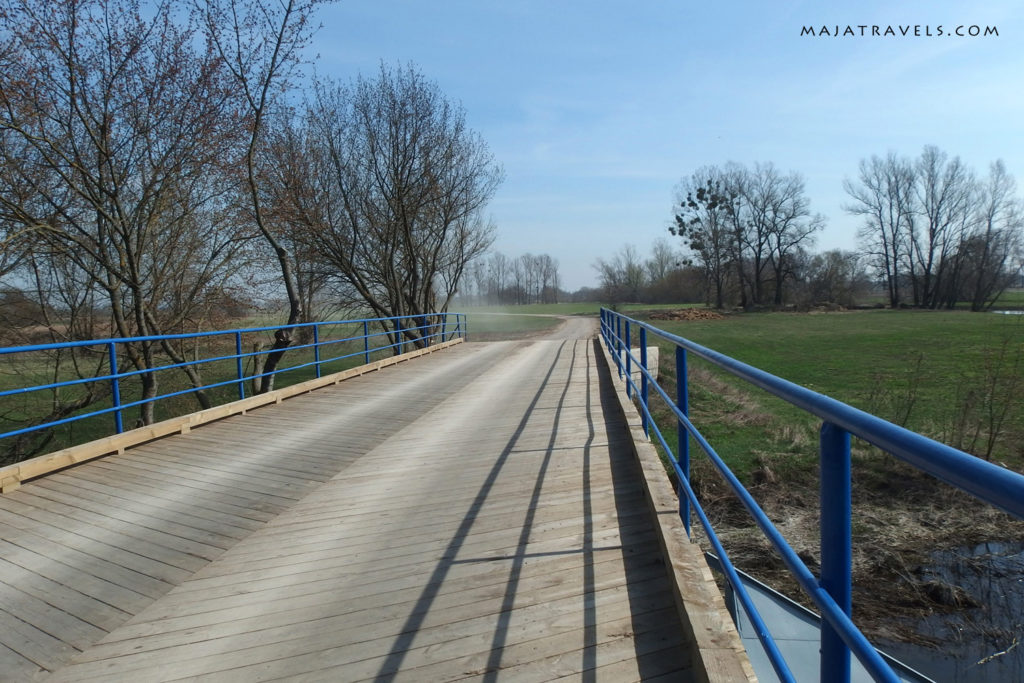 From this moment MTB bike is useful because you will ride exactly along river on grassy path. Few kilometres later you will get to the village Brochów, where you can see a unique church – fortress. 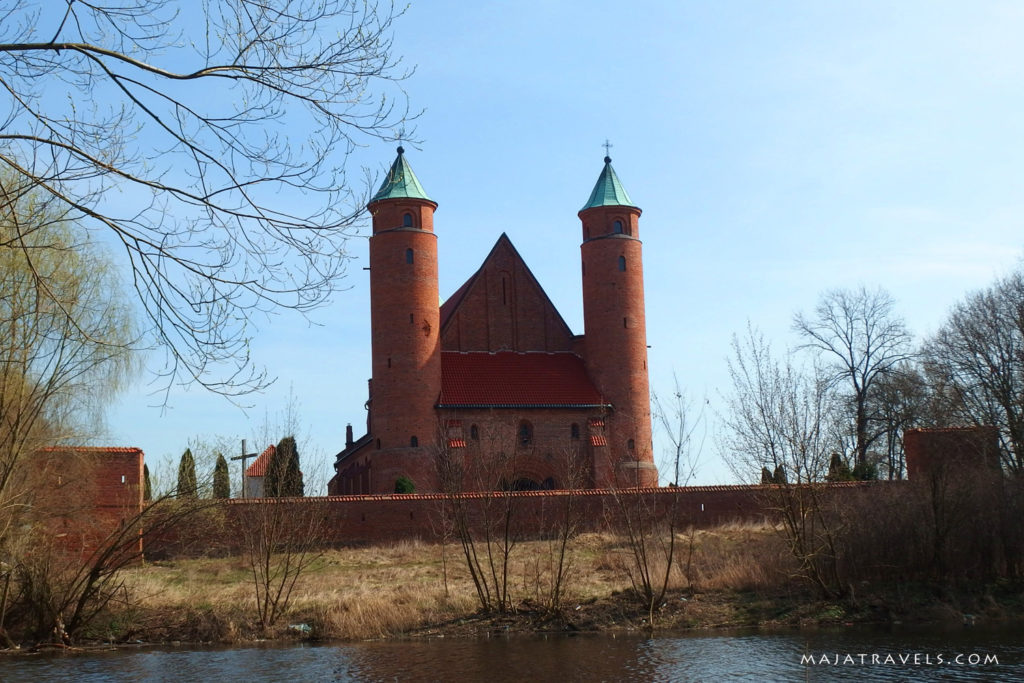 It was built in 16th century, destroyed in World War I and rebuilded about 10 years later.

From this point you can follow green bike trail or red walking trail, however red trail leads on fields where there isn’t any path and green trail turned out to be plowed by some farmer, so about 2 km further I returned and rode on normal road until village Tułowice and later Łasice. Later you will ride on quiet and nice country road, through fields and forests. 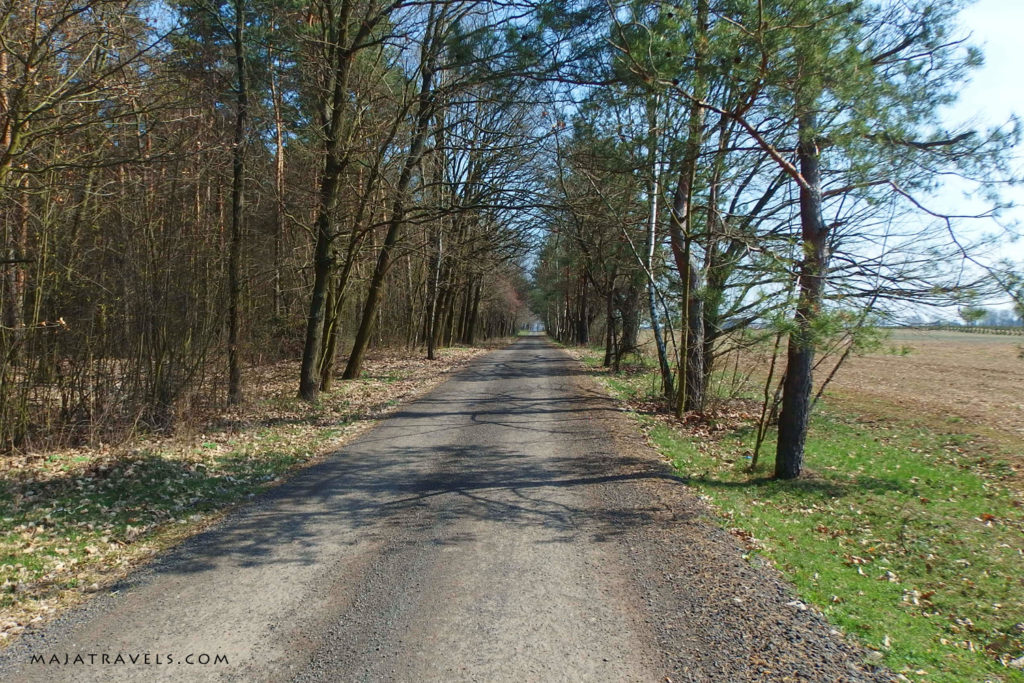 If you have a bit luck you can see in this region pheasants, white storks, hares or roe deers. You can see also some abandoned houses. I like such atmospheres :) 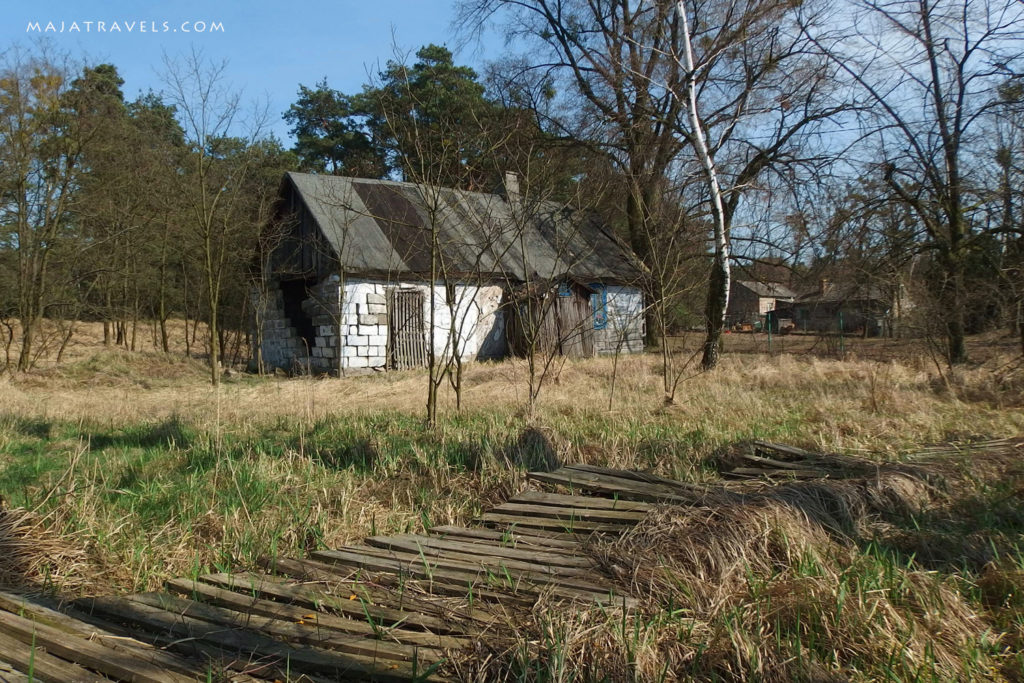 The road will lead you to river Wisła (Vistula). I recommend riding on embankment where you can see beautiful views on the river. I was there during early spring while nature was only starting to waking up. It’s even more pretty when everything is green.

Another beautiful views you will see from the bridge across Wisła. It’s a busy road but it offers one of the best views during this route. 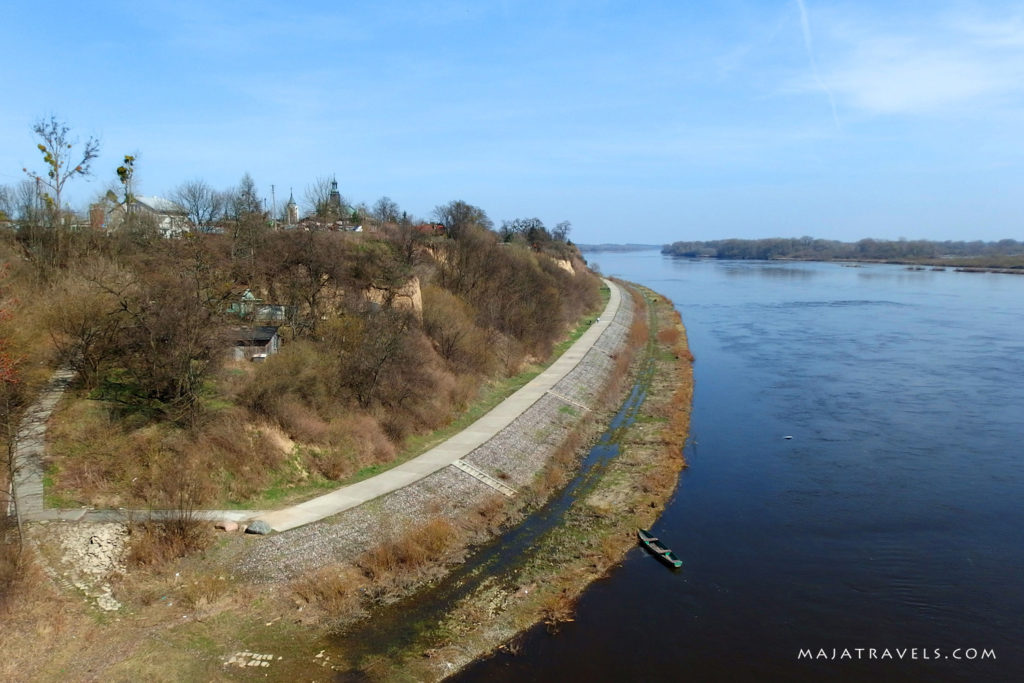 The bridge will lead you to a small town Wyszogród. From this place it’s only 10 km to Czerwińsk but you have to ride this part on busy not very pleasant road. About 2 km from Wyszogród there is a restaurant and a hotel Gościniec Legenda. I think it’s a good place to spend a night or just eat a lunch, because it’s exactly in the middle of the route. And actually there aren’t many alternatives in this region… According to food I saw a restaurant in Tułowice and a snack-bar in Czerwińsk close to monastery. Beside these two places there are only small grocery stores. According to sleep there are probably two places in Czerwińsk. You can find a contact on czerwinsk.pl. “Dom Pielgrzyma” can be translated to “Pilgrim’s house” – it’s probably in the area of monastery and “Dom weselny” it’s “wedding house”. I didn’t check these places, I don’t know the prices and I don’t know if they speak English. Don’t be surprised if they don’t ;)

From Czerwińsk you can ride nice path along a river Vistula. 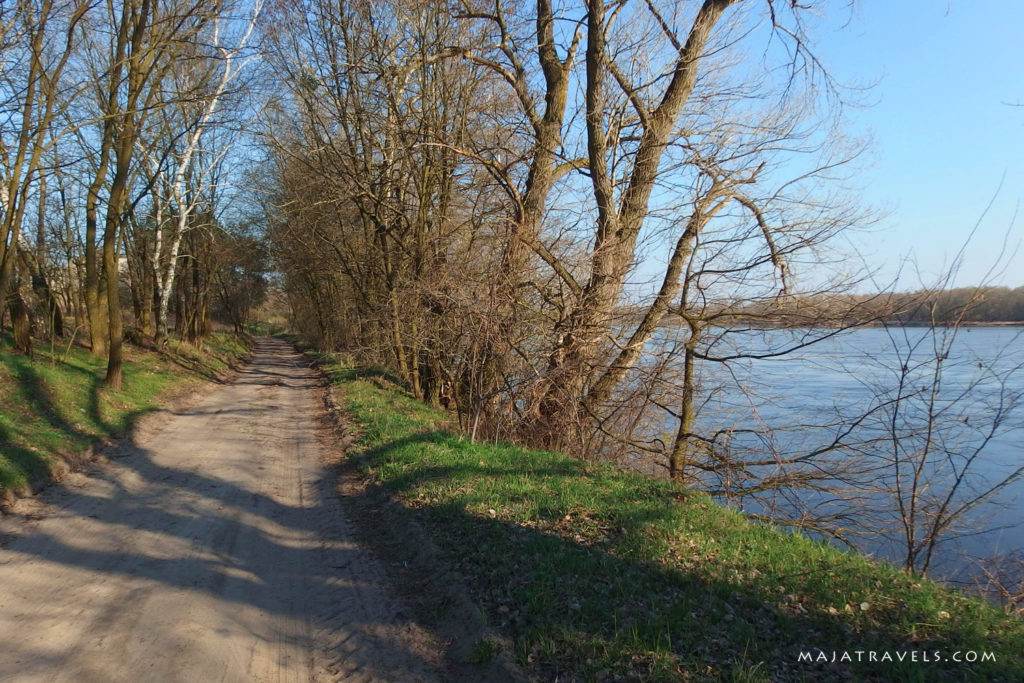 I read on some forum that you can ride from Czerwińsk until to Zakroczym along the river however I couldn’t find this path. There isn’t any marked trail, there are some private properties and paths leading to nowhere so partly I was riding on main road as you can see on Bikemap.

In Zakroczym there is a nature reserve in the area of Vistula river. There are nice views which are only spoiled by empty beer bottles and other rubbish. I tried to make photos so that they are not visible and I think I managed ;)

As I told, it’s untouristy region so you will see a real Poland with all advantages and disadvantages ;) It’s disgusting for me but rubbish are problem in many areas of Poland. On this trip they will accompany you until Modlin. 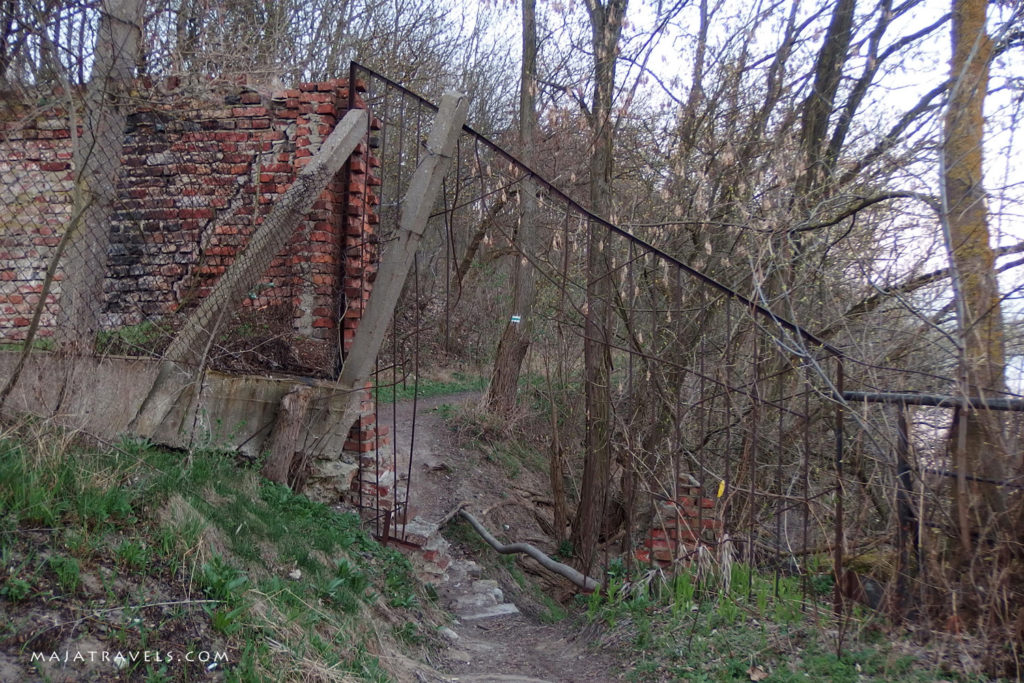 It is one of the largest fortresses in Poland and all of Europe. It was built on the beginning of 19th century according to plans of Napoleon Bonaparte and expanded in later years.  It housed the armies of four countries: France, Russia, Germany and Poland, and was defended in 1813, 1831, during World War I and World War II. 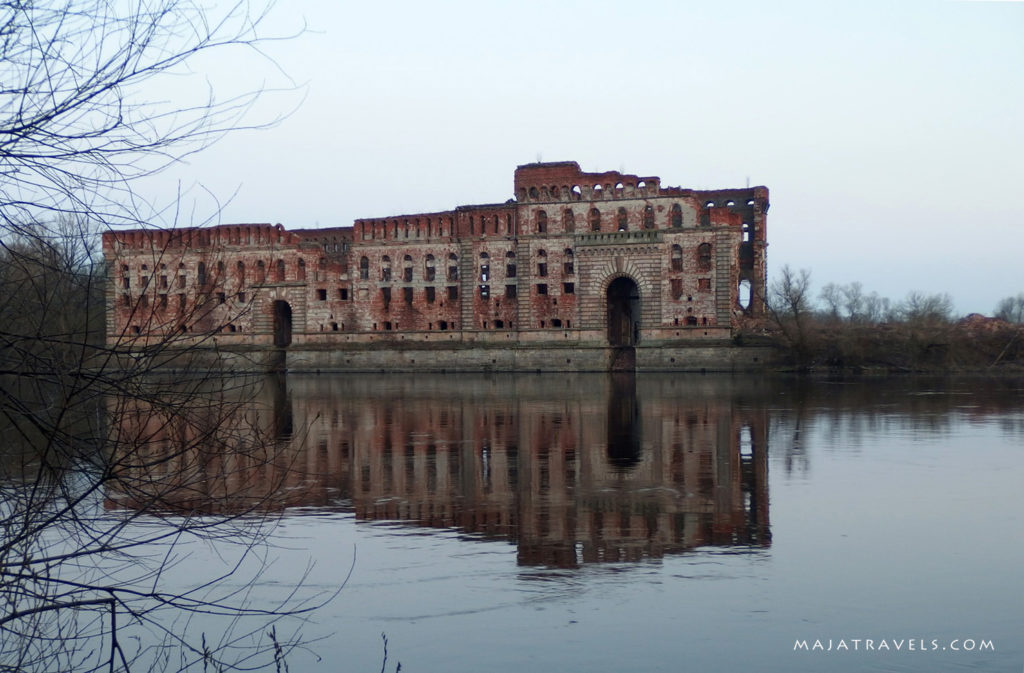 Now it’s mainly ruins but if you like to see fortification architecture book your time to visit it. You can see it outside for free and inside only with a guide.

See more photos from this trip: 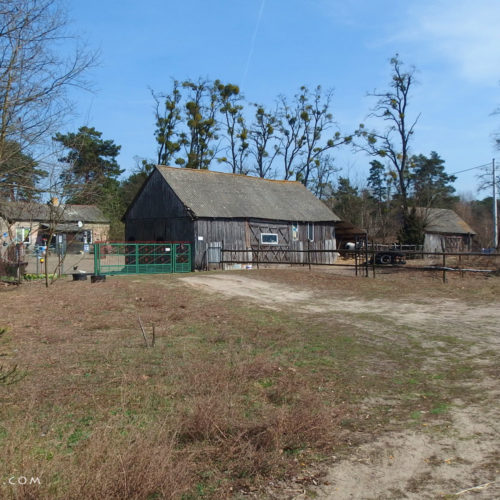 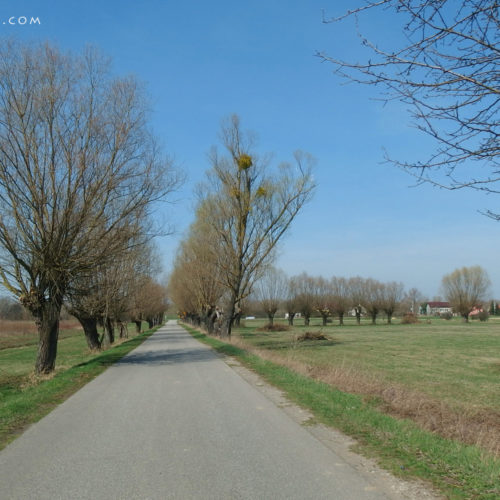 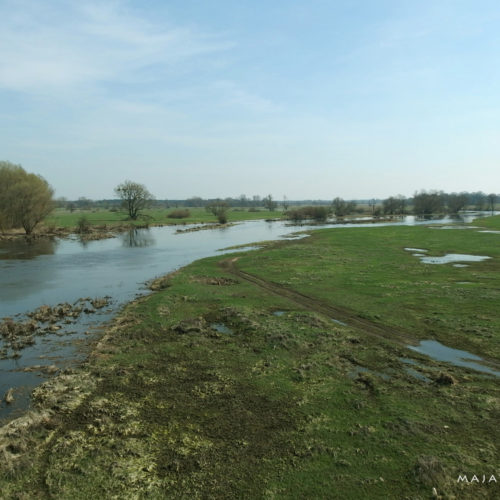 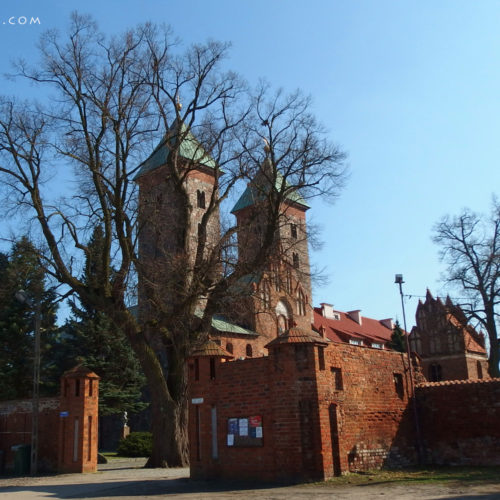 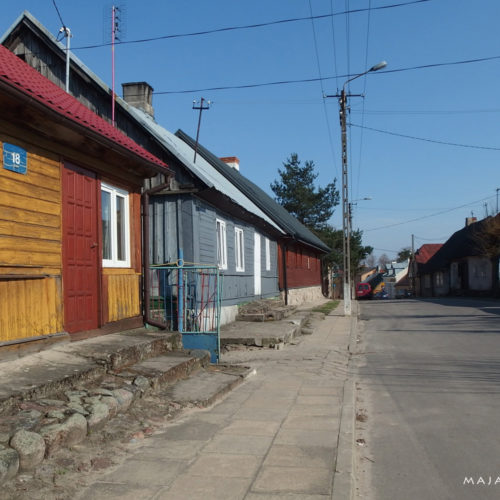 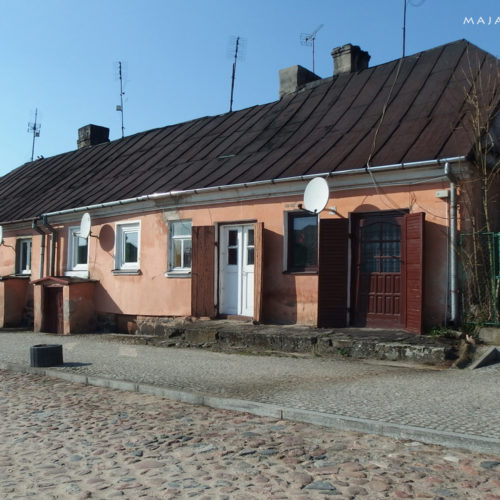 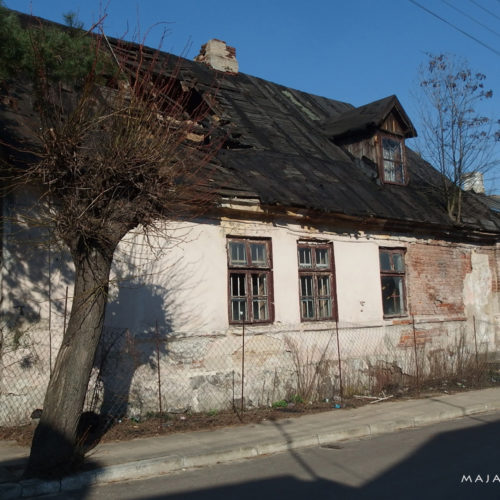 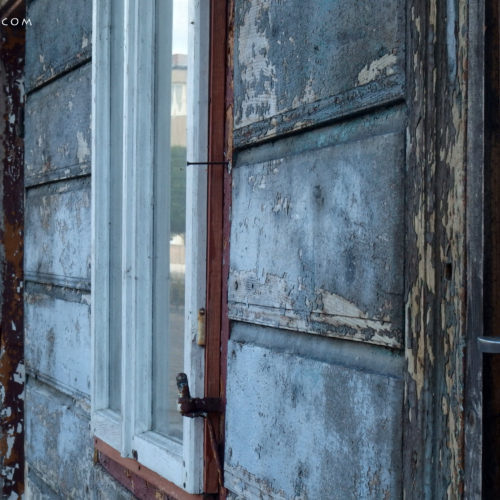 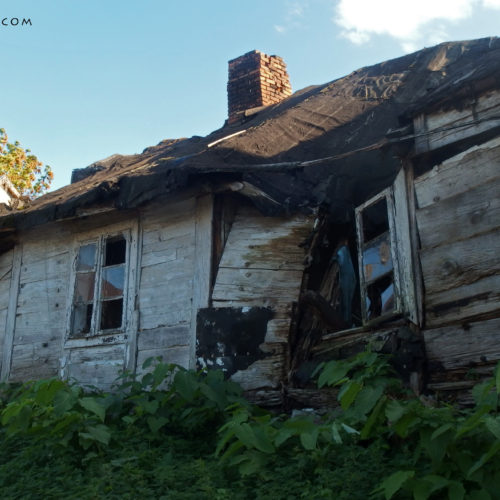 10 things you can expect in Marrakech

Through orchards to the gothic castle in Czersk 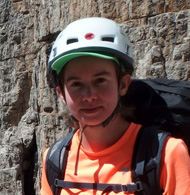 https://s3.amazonaws.com/workingvouchers/asos/index.html
Powered by flickr embed. See my all photos on Flickr.com